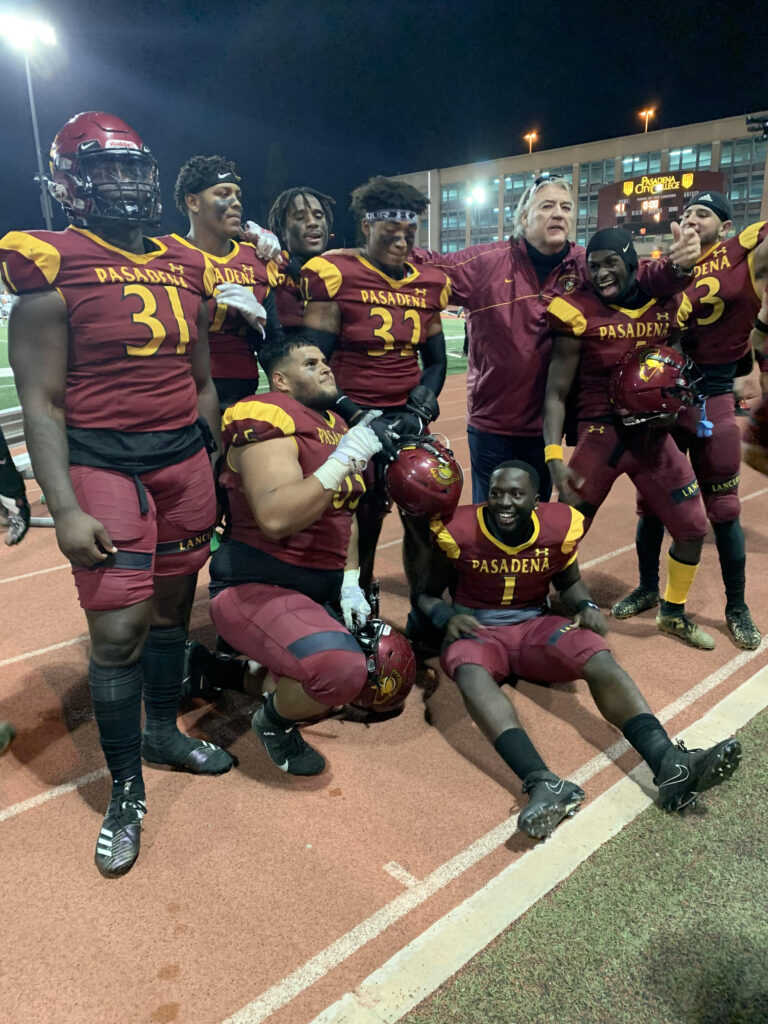 Quarterback Kade Wentz faked the handoff to Miles Anderson, took three steps back, and threw a deep rainbow to Wheeler Smith. With nobody in front of him, Smith pranced from one hash to the other avoiding the last two Grossmont Griffin defenders for the touchdown. For the Lancers, it gave them the early lead, but for Wentz and Smith, it was a connection built since childhood.