Skip to content
Posted on December 9, 2016 by: Katja Liebing 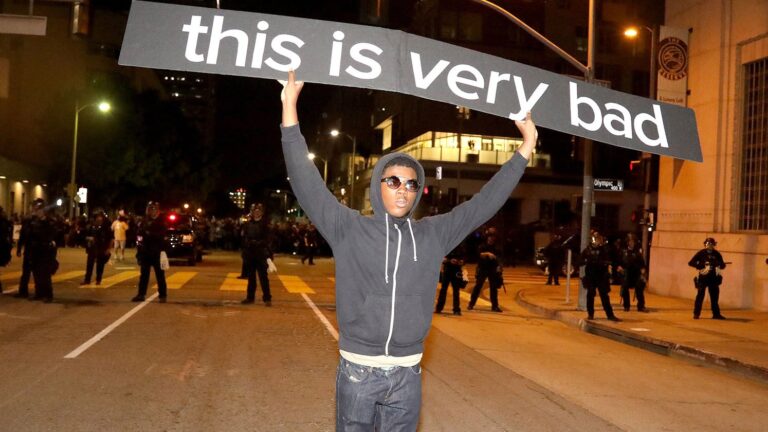 Over eight thousand people marched along the streets of downtown Los Angeles protesting Donald Trump on Nov. 12, according to NBC News. The peaceful demonstration marked the largest gathering in the City of Angels to date, as nationwide and daily protests erupted in the wake of Trump’s electoral win on election day.