Skip to content
"Spotify App" by freestocks.org is marked with CC0 1.0
By: Dnetrus Chevis-Rose Posted on December 8, 2020

The Spotify music streaming service has drawn in many young listeners with it’s new Lorem playlist, that is helping a new sound of music and artist rise to popularity in the mainstream media.

Spotify’s Lorem playlist first debuted on the musical platform in early 2019. Since then, the playlist has been featured in pop-up advertisements on Instagram, Twitter, Snapchat, and youtube, which are all social platforms that cater to Gen Z.

“It has been revealed that “Lorem” is targeted toward Gen Z listeners,” said Abigail Connelly, Oswego State University student journalist. “Spotify was able to recognize trends and make connections between these listeners and create a seamless playlist.”

It only makes sense that a playlist catered towards Gen Z is going to feature musical artists that are also a part of that same generation. Currently, a couple of the bigger artists that are featured in Spotify’s Lorem playlist are 22-year-old Claire Cottrill (Clairo) from Atlanta Georgia and 20-year-old Stella Bennett (Benee) from New Zealand.

Clairo and Benee both had songs that peaked on the Billboard Top 100 in 2020. Although, their unique sound and the genre of music that they produce is still not as mainstream as Trap or EDM music is amongst Gen Z and millennial listeners.

Their unique sound has been categorized as its own genre, called Bedroom Pop or Lo-Fi. Songs that sound like this are easy listening and easy to dance to. These types of songs are also said to be easily produced, which is where the term “Lo-Fi” originated. Meaning music that is low fidelity, low quality, and low cost.

Clairo’s song “Sofia” and Benee’s song “Supalonely” are both comparable in the sense that they share the same bubbly and repetitive soft dance tune, that can almost be mistaken for an old disco track. The lyrics of these songs are just as soft and mellow as the light rhythmic piano synths that echo behind the words.

Clairo sings about professing her love for women in her song “Sofia”, while Benee sings about her insecurities after breaking up with a toxic ex in her song “Supalonely”. Both of these songs, as well as all of the other Lo-Fi and Bedroom-Pop tunes that are featured in the Lorem playlist, focus specifically on subjects that Gen Z understand and could relate to.

“Like many terms used to characterize micro-genres, bedroom pop is a misnomer—not all of it is recorded in bedrooms, and most of it is not popular,” said Carrie Battan, online writer for The New Yorker.  “But it is an apt description of a woozy lo-fi style generated from self-imposed isolation. Clairo resists the bedroom-pop designation but she has nonetheless become one of its avatars.”

Another artist that is featured in the Lorem playlist is 20-year-old Christian Akridge from Oklahoma, who sings about the fear of getting older, anxiety, and lack of motivation in his new single “Bedache”. This song especially targets the younger crowd, since it precisely describes the way many young adults are currently feeling during the global pandemic.

Many of the artists that are featured on Lorem are small now, but as the Bedroom-Pop and Lo-Fi genre expands and grows with help from Lorem and similar playlists, artists like Clairo and Benee will conquer the future of the music industry.

“We don’t want to have a sound that’s too narrow, even the name isn’t specific—it doesn’t really mean anything at all, so the users can dictate what this sounds like, It’s sort of like bedroom pop gone to the mainstream,” said Spotify editor and Lorem curator Lizzy Szabo. “We’ve got artists on there you might recognize, even Clairo in 2019 is a bit more mainstream than she was in 2017.” 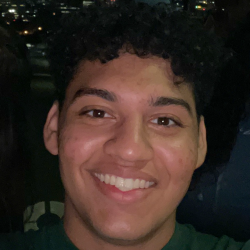