Much like my life during Spring Break, the PCC Book Sale Facebook group has spiraled out of control. 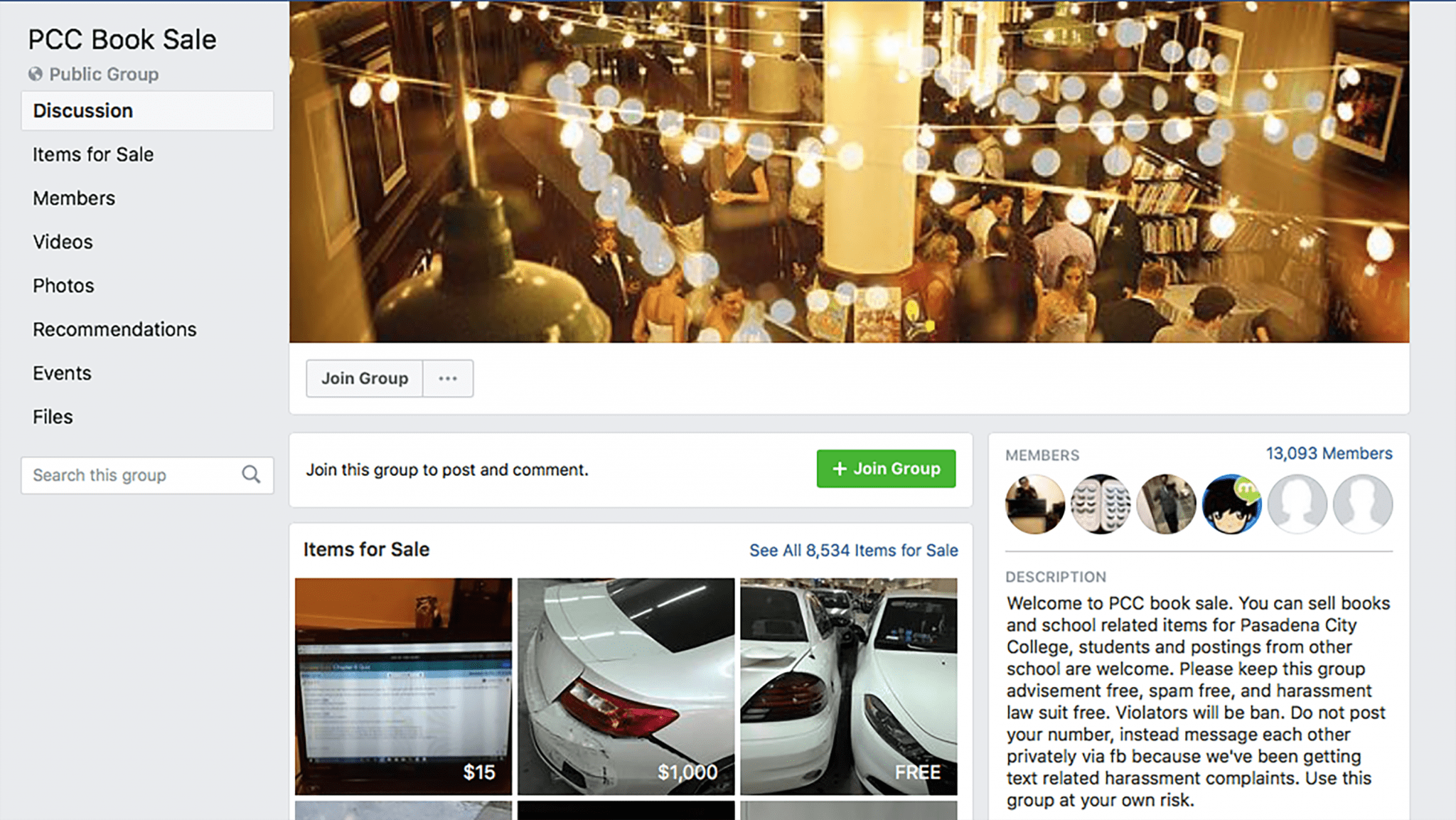 What started out as a way for students to buy and sell books at the end of each semester has become PCC’s own version of Craigslist, just without all the anonymous gay sex.

Looking for a used (and questionably stained) futon or a comic book you’ve never heard of? Look no further than this Facebook page.

If you find yourself in need of a bagless vacuum, you can purchase one that has sucked up someone else’s dog hair for $50. Described as a vacuum that “Work(s) very well, selling it just because we move to a new place with no carpet and pet. My roommate used to have a dog and it works very well to remove fine hair debris from hard floors to carpet,” I can’t think of a worse way to spend $50. The only way I’d buy a used vacuum from a stranger on Facebook is if it was from a TeleTubby, preferably Tinky-Winky, selling me his used up “Nunu.”

A post displaying 31 photos of fake eyelashes for sale grossed me the fuck out, as I don’t even want to know what material these fake lashes are made of.

Among the used clothing and iphones for sale, are plenty of college-related memes such as the one that says “Why did I drop out of college? Because I couldn’t find any parking,” making my article on parking here on campus more relevant than ever.

Besides memes and random objects for sale, the Facebook page is chock-full of students complaining about other people’s parking jobs, going as far as posting photos of the way others have double parked or parked too close to their car.

One student posted a picture of a note found on his car which reads, “I park this far so NO cars can be next to mine!! Why? I want to avoid any scratches. Thank you. Don’t do that again, please,” as if they were the Paul Blart of the school parking lot.

Many students have taken to the page to ask for advice on which teacher to take for a particular subject or thoughts on taking classes in the winter.

Those questions make sense for a page like this, but then there are people asking for DJ recommendations, I personally recommend DJ Khaled, or relationship advice –– leave his ass girl!

Then there are posts from students who I can only assume were high as shit when they logged onto their Facebook such as the post that reads, “I found a rare crow just chillin at PCC. It was making some weird noises.”

A picture of a sign posted in the CA building men’s restroom reminded male students to “Please lift up the toilet seat before using the restroom,” followed by a crossed out “No!!” and replaced with a “Yes bitch.” This is one post I can get behind, as the pube-infested men’s restrooms of the CA building are in a constant state of chaos.

Whether looking for information on who hit your car in the parking lot, a pair of tickets to Chance the Rapper’s “Family Matters” tour, or the latest Pepe meme, the PCC Book Sale Facebook page has you covered.