The Lancers dominated the game from the opening tip after which they quickly moved the ball up the court and put up 5 points immediately, which set the tone for the rest of the game.

Toward the end of the first half, the Lancers got a bit sloppy and began rushing plays but they quickly reigned it back in to finish the half on top, 35-30. More than a third of the Lancer’s first half points were scored by Sophomore Jonathan Tchengang.

“In the first half, we gave them a lot of offensive rebounds, we didn’t really guard the way that we wanted to so they were doing a good job attacking us in areas that we were weak,” Head Coach Ryan Frazer said. “In the second half, we adjusted and made some changes defensively and I think it paid off for us.”

Starting point guard Jayden Winfrey governed the court both offensively and defensively. He quickly moved the ball around and effortlessly found open players and penetrated the defense. He racked up 3 steals, 6 assists and 5 points, going 3 for 4 in free throws.

On offense, the team often found Jonathan Tchengang inside the paint and helped set him up for 4 dunks. Tchengang had a grand total of 18 points and 11 rebounds.

“One of my favorite plays in the game is when my starting point guard, Jayden Winfrey, found me with a no-look pass and I finished with a two-handed dunk,” Tchengang said.

The stellar performance of the Lancers was not limited to the starting lineup, as a number of players came in off the bench and raised the intensity, with both the bench and crowd following suit.

“We had guys that came in that maybe don’t play as much normally who had big minutes and did a great job for us,” Frazer said. “When Brad’n Archer and Brendon Torimaru and Jordan Flowers and Caleb Gerber, those four guys came in and they all hit shots and I don’t know if you saw but the bench went crazy. That was what gave us the kind of juice that we needed and kind of got us refocused.”

Jayden Winfrey, Myles Watkins and Jonathan Tchengang all share that one of their main goals for this season is to win 20 games. Under the leadership of new Head Coach Ryan Frazer, the Lancers have made a full 180 since last year when they only won one conference game.

The preseason allowed the team a chance to adjust to a new head coach and “take on [their] coach’s personality more and just buy in more to what he preaches,” Winfrey said. Winfrey describes this adaptation as playing more for the team and less for the individual.

“We played a pretty tough preseason and I think, me being new here and it being my first year and trying to establish a program,” Frazer said. “It took time for us to figure one another out and I think that now that the players understand the expectation and how we want to play every game, that’s what we’re seeing, little by little, as we go through the season.”

The Lancers are now one of six California community college men’s basketball teams on a winning streak of 10 or more. Their conference record is now 2-0, on track for the team’s goal of winning 20 games this season. 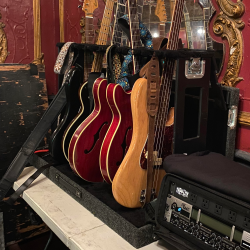