The NFL needs a reality check 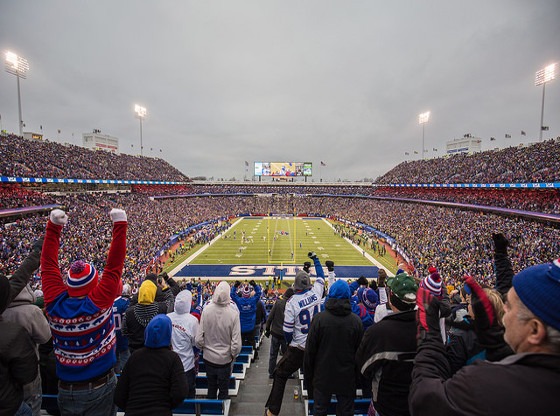 In the midst of the 2018 NFL season, the political standpoint of NFL players protesting during the national anthem due to police brutality against African Americans and President Trump’s remarks about players protesting has been a hot topic issue. Players, team owners, celebrities, and activists have all expressed opinions on how the NFL should handle players kneeling during the national anthem, and the NFL has not made the necessary steps for everyone to be satisfied. The NFL needs to act swiftly in order to give players a way to express themselves before it’s too late.

Obviously it’s our right to express our opinions about certain issues. From politics to supporting a sports team, everyone has their beliefs in what is right and wrong. But what makes activism in sports influential, is that it can reach a global stage which others cannot.

There have been some iconic moments of political activism in the sports world. In the 1968 Summer Olympic games in Mexico City, U.S. sprinters Tommie Smith and John Carlos (who won gold and bronze in the 200 meter race respectively) both raised their fist in solidarity with the Black Power Movement. In 2014, after the death of Eric Garner – who was choked and killed by police – NBA players wore shirts with Garner’s dying words “I can’t breathe”. In 2016, U.S. women’s soccer star Megan Rapinoe kneeled during the national anthem in support of the ongoing NFL protests led by Colin Kaepernick.

The difference between these protests and the current protests occurring in the NFL, is that the NFL’s process of handling a situation like this is incomprehensible and downright unacceptable to those who are taking a knee for what many believe is the right thing to do.

Since former NFL Quarterback Colin Kaepernick first began his protest against police brutality in August of 2016, hundreds of players have also taken a knee with Kaepernick in support. This resulted with President Trump taking a ridiculous stand against Kaepernick which has even spooked the NFL owners into threatening to suspend or terminate their player contracts as a result of the protest which happened to Kaepernick who has been out of the NFL since the end of the 2016 season.

According to a study conducted by the Nielsen company and reported by ESPN, NFL television ratings were down 9.7 percent during the 2017 season. The article goes into detail about the decline in ratings being related to the election of Donald Trump, the slow pace of the game, and fans upset with the players protesting.

The ratings decline that the NFL is facing means that the NFL and its owners need to resolve the issue sooner rather than later. With that in mind, it would have to involve the corruption of both the NFL and it’s players to agree to an arrangement where both parties would be satisfied. The agreement that was reached between both parties really doesn’t resolve the issue at hand, rather it pushes it aside in hope that everyone will forget the whole situation.

In December 2017 the NFL agreed to donate 100 million dollars over seven years to projects concerning criminal justice reform, law enforcement, community relations and education. By any means the NFL is no poor business according to a study conducted by MarketWatch.com, the NFL as a business had generated 13.68 billion in the 2017 season. Yes, billions of dollars, and is only willing to donate 100 million over 7 years. It feels like a slap to the face to what the players are protesting for.

Players have also shown their displeasure with the new agreement. In a recent game between the Philadelphia Eagles and the Carolina Panthers, Panthers safety Eric Reid – who was one of the first activists to kneel with Kaepernick when they were teammates on the San Francisco 49ers – attempted to confront Eagles safety Malcolm Jenkins, who worked with the NFL in agreeing to the 100 million dollar donation. According to a report by Slate.com, Nick Greene reported that Reid was restrained by his teammates, and after the game Reid told reporters that Jenkins was a “sellout.”

It is understandable why Reid would be upset by Jenkins, who is one of the leaders of the Players Coalition, the labor union for protesting players. What the NFL was willing to give for players to stop or limit their protesting doesn’t seem like enough, and when another unfortunate event related to police brutality occurs and or there are more unnecessary remarks by President Trump, players will protest again – which they have the right to do – and the NFL will be back at square one all over again.