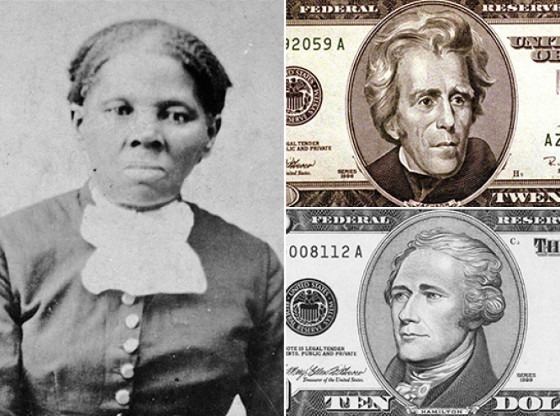 Outrage seems to be a good approach to anything these days. Outrage over politics, outrage over social injustice, outrage via Twitter, outrage everywhere one can. The most damaging aspect of this approach – beside the obvious fact that people make exceptionally poor decisions when irate – is that when outrage surrounds an issue, there comes with the outrage a false equivalence. The unwary spectator can easily be misled into believing there is actually something to be outraged about.

So, no surprise, when Steve Mnuchin recently announced that he won’t be continuing with the Harriet Tubman $20, he was met with a considerable amount of outrage. Because, of course, his actions are nothing short of racist and misogynistic.  Right? Let’s step back for a moment, and look at the bigger picture.

First, 600,000 people signed a petition online stating that “women need more representation on currency.” This movement took place on one website, womenon20s.org, and was by no means a national discourse, nor was it through any valid governmental channel. By their own account, many of the people who voted online were just school children.

Then, Treasury Secretary Jacob Lew of the Obama era decided that he felt inspired to make some changes to the bills. There were no real votes cast – it was the whim of one official, who felt influenced by a one-off website, who in turn were apparently motivated primarily by school children.

Womenon20s.org has since alleged that Lew himself is offensive for not redesigning the 20 when he did the 10 dollar bill – so damned if you do, damned if you don’t. And, while it is perfectly normal for officials in one administration to change course from that of their predecessor as Mnuchin did, it should be noted that despite all the outrage, this is not a case of justice being denied to the voters.

The initial premise of needing a woman on currency, as stated by womenon20s.org, is that having men on money serves to illustrate that men control women. Logically speaking this is a false dilemma. While there are many issues with gender equality from the past through the present in this country, latching onto imagery and obsessing over oppressive conspiracies is not a healthy way to move forward. There is also a nuanced irony in insisting that Harriet Tubman be chosen for the 100th anniversary of the 19th Amendment; perhaps using her to commemorate the 1965 Voting Rights Act would be more appropriate. This opinion is somewhat understandable, as most schools don’t cover the Voting Rights Act until 10th or 11th grade.

The people pictured on our money are on the bills because they were leaders of the country; either presidents or founding fathers. Their images constitute a representation of our institutions, their history, and their individual merit and contributions to the country. Subverting our national history to the tune of 600,000 angry and preemptively motivated online voters or children is not a good example of “functioning democracy” by a long shot, and capitulating long-standing institutions to the whims of angry mobs is nothing more than another visage of the dangerous populism that has been sweeping both parties in the country. While Tubman should be honored in our national history for her epic and very brave story, it falls short of founding a country or being president. That is realistic, not racist.

It is fair to examine the character of Jackson and many of our founding fathers. However, it is a lamentably lazy and simple-minded to attempt to view any person or figure, present or historical, as “good” or “bad” or through a figurative moral lens of “black” or “white.” People are complex; shades of gray, idiosyncrasies and dualities flourish in people, and it is important to be able to assess them as such. It does a disservice to our both our historical context and the present to attempt to ransack our national identity with a nihilistic iconoclasm that would, invariably, dash from the books pretty much everyone who founded this country. His image represents him, and while he may have been a complicated figure, a portrait of him itself is not a pro-slavery statement.

As an all-around critic, it is definitely fair to throw some shade at Mnuchin for presenting his decision in the way that he did. His saying that he axed the idea because Trump would “freak out” is the most spineless excuse to come out of this administration. While Trump may have freaked out, that is such a bullshit excuse when there are valid reasons he could have used instead.

It is important not to confuse impact with intent. People tend to judge the intent behind someone’s action based on how the action made them feel. This is a perilous leap. It cannot be fairly said that Mnuchin is a racist simply because some people perceived that what he said or did is racist. He may be a coward, and Trump is undeniably a racist, but confusing the two or allowing their actions to be combined or their characters superimposed is unfair and incorrect, no matter how easy it may be to do.

For anyone who is still outraged about Tubman not being on the $20, there’s a 3D printed stamp you can buy here. It is designed to easily fit precisely over a $20, and stamps Harriet’s face over Jackson’s. It was made by a white man, but a lot of people are pretty excited about it.

Just call it quits for…

A UBI plan is as…