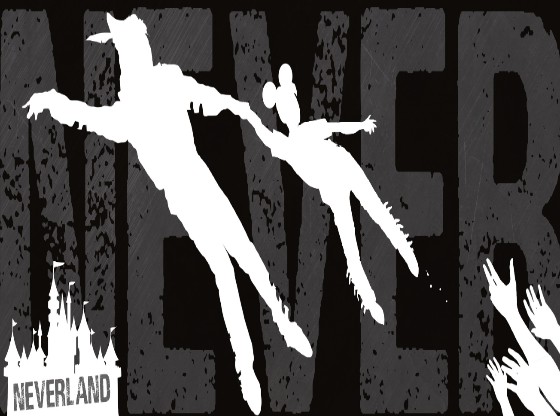 When HBO released it highly anticipated two part documentary “Leaving Neverland”, which focuses on the stories of two men who accuse Michael Jackson of sexually assaulting them as children, we were promised the graphic and horrific details about what Jackson had done to them. The documentary blew my expectations away and has changed the way I look and listen to Michael Jackson forever.\

The eerily similar stories of Wade Robson and Jimmy Safechuck, from the time they meet Jackson to years after Jackson had passed away, are filled with manipulation, jealousy, power, and envy that is overwhelming to comprehend. It is especially so when the person that is being accused of such horrible acts was once considered to be one if not the most influential people in the world.

The power that Jackson had and the millions of people who loved his music made it look like Jackson was a god, including to Robson and Safechuck when they met with Jackson as children in the earlier 1990’s. Throughout his life, Jackson acted like a true kid at heart and always cared about children: a possible explanation for his behavior since his career was taking off as a child, he was unable to make friends and have a true childhood. But as an adult, Jackson having only young children as friends and having sleepovers with them raised questions about his intentions towards his proclaimed “friends”.

For such a documentary of this magnitude to be even considered truthful, Robson and Safechuck would have to persuade viewers with evidence that could prove that Jackson had intentions to sexually assault children. Phone recordings and letters between the accusers and Jacksons are littered throughout the documentary, but a sickening event that stuck out was Safechuck sharing that Jackson would gift jewelry in exchange for sexual acts. He showed his collection of jewelry in clear discomfort and to make it even worse, Safechuck alleges Jackson arranged a mock wedding between them in a hotel room.

When someone we idolize is accused of such horrible acts like these, especially when it is a documentary this powerful released nine years after their death when they’re no longer around, a natural reaction is to believe that the documentary is nothing more than an attempt to lie and make as much money as possible. It’s understandable how these documentaries can be seen as mockumentaries, publicity stunts or a cash grab attempts by scorned accusers. The timing of the release of “Leaving Neverland” is noteworthy because famous R&B singer R. Kelly has been in the news fighting accusations of sexual assault, and both the disgraced film producer Harvey Weinstein and Kelly now have documentaries about their accusers coming out and sharing their stories to the world. Regardless, the victims in these documentaries – and especially in “Leaving Neverland” – seem sincere in telling the truth about what these men have done.

Even though Jackson was acquitted multiple times of sexual abuse, with Robson himself testifying in 2005 in defense of Jackson, the documentary takes a deep look into how Robson was groomed by Jackson and his lawyers to protect Jackson at all costs. Whether you believe it or not, the documentary makes a strong case alleging that Jackson wasn’t a good person.

Predictably, the fans of Jackson are not taking the documentary lightly. In a New York Times article, “Leaving Neverland” director Dan Reed shared that his company has received hundreds of emails proclaiming their hatred of the “mockumentary” and have also directed threats aimed at Robson and Safechuck.

But attitudes are changing. Oprah Winfrey had a special released coinciding with the release of “Leaving Neverland”, titled “After Neverland”. Winfrey interviewed Robson and Safechuck in front of an audience of one hundred sexual abuse survivors and their families and discussed the implications of the documentary.

“I know people all over the world are going to be in an uproar and debating whether or not Michael Jackson did these things and whether these two men are lying or not lying. But for me, this moment transcends Michael Jackson,” said Winfrey.

Winfrey could not have said it better, this documentary will spark a debate for a long time and a tough decision will have to be made by Jackson’s fans: to believe the accusers and that Jackson committed sexual abuse against children, or to dismiss it as a publicity stunt by two men to make money. This documentary may change the way Jackson is seen by everyone.

“Leaving Neverland” is much more than a documentary: it’s a career-altering revelation showing how Jackson assaulted, manipulated, and ruined the lives of Wade Robson and Jimmy Safechuck and other children and how he got away with it. The courage that Robson and Safechuck have shown in coming out and sharing their story to the world makes it worthy of watching, and after watching “Leaving Neverland”, listening to Michael Jackson will never be same.