Ian Bremmer: “Reality can be whatever I want.”

Home /Opinion/Ian Bremmer: “Reality can be whatever I want.” 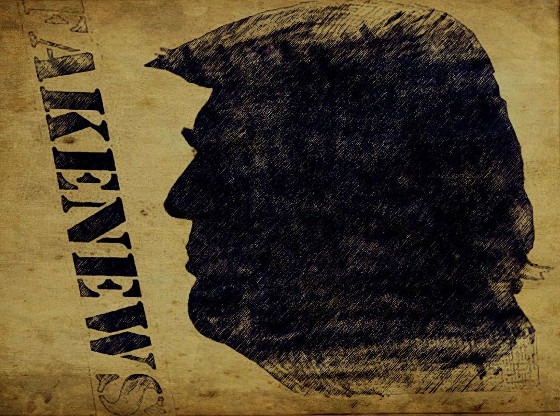 Another week, another scandal involving President Trump. However, in what may be a first, he was not the one who instigated a war of words. Ian Bremmer, an American political scientist and president of the Eurasia Group, tweeted over the weekend:

“President Trump in Tokyo: ‘Kim Jong Un is smarter and would make a better President than Sleepy Joe Biden.’”

After initially doubling down and defending the made up quote, Bremmer deleted the tweet and apologized for decieving numerous American citizens, including some journalists who neglected their duty to fact check the quote.

Regardless if this quote was believable or not, what Bremmer has done has ironically only helped Trump in his push to defeat the media by using this as a catalyst to launch his libel laws which would hold news media organizations accountable.

Trump has been trying to push his libel laws forward as early as 2016, when he stated “One of the things I’m going to do if I win—and I hope we do, and we’re certainly leading—I’m going to open up our libel laws so when they write purposely negative and horrible and false articles, we can sue them and win lots of money.”

While the tweet by Bremmer may have been a joke, the fallout of his tweet is not. Trump and his supporters have already publicly denounced Bremmer as well as multiple journalists, notably Ana Violeta Navarro-Cárdenas of CNN who quoted it and expressed her disgust at the statement. Navarro-Cárdenas has since deleted her response.

How did no one question how, or where, Bremmer got this quote? The tremendous neglect of Navarro-Cárdenas and other journalists has done no favors to how the public perceives the media. Ever since Trump took over the reins of the United States, the public has had an increasing amount of distrust in the media, and with this, it’ll only get worse. Trump and his supporters now have live ammunition to fire upon us.

Not only that, but this represents a very dark point in journalism where people are trying to find anything to further their agenda and push their political views. Traditionally, journalism has been about unbiased report of news. While human bias is natural, it is a journalist’s job to reduce that bias as much as possible and report objectively on what they’re covering, making sure to tell nothing but the whole truth. Double checking, fact checking, multiple sources – all of these things have been thrown out the window in the contemporary state of journalism in this country.

You can argue that it’s not Bremmer’s fault that journalists believed his quote to be true, and yes, it is true that the people who jumped on this quote to criticize Trump are just as fault here, but it does not change the fact that Bremmer was extremely unclear in his tweet and made no indication on whether or not this was a jest or if it was a real quote. It shouldn’t be up to the reader to have to discern whether or not something is real.

If there’s one thing to learn from this incident, it’s to always double check where you get your news from.

“We the Animals,” a beautiful dream
Huawei’s caught in US v. China trade war

Reopening theme parks is a…

The 2nd Amendment: An outdated…