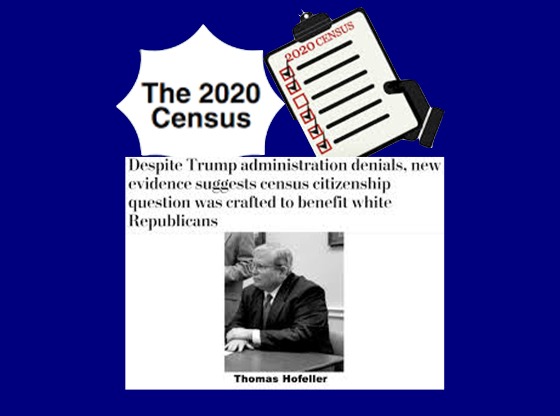 I have never been a fan of the Republican Party, and it has little to do with their politics. Ever since I began developing my own political opinions during the onset of the wars with Afghanistan and Iraq, I had a nagging feeling that much of the way the GOP played was dirty. Filthy, even. The shameless emotional ploys, such as the fear of terror attacks being used to justify the encroachment on civil liberties, or the “family values” that translated into shaming patients from the sidewalk outside the bullet-riddled Planned Parenthood that I used to work at left a bad taste in my mouth.

More recently, efforts to suppress Democratic votes and actual voter fraud in North Carolina are in line with their normal behavior, since for the last 20-some years they have been engaging in a massive gerrymandering campaign.

What better way for hard evidence of their intent in this massive undertaking to come to light than through a stroke of serendipity that Hollywood couldn’t even have scripted.

The late Thomas Hofeller, a political consultant and mastermind of the scheme to disenfranchise Latino and Democratic votes for Republican gain, had a trove of data pertaining to gerrymandering and various methods for further disenfranchisement. The cache of external and thumb drives was then discovered posthumously by his estranged, progressive daughter and handed over to the activist group Common Cause.

As happenstance would have it, tucked into his archived database of anti-democratic outreach was the blueprint and motives behind a recent scandal Trump had drummed up. To ask a question about citizenship on the census is obviously a pointedly partisan tactic on a superficial level, but now we know exactly why the Trump administration wants it to be asked.

This premeditated political machination is just a drop in the bucket. The contrived origins and intent of this story are now factually obvious and not just a matter of political speculation. A more important question should now be asked: what do we do?

The Republican Party is running on a well-planned, organized system of voter suppression, fraud, and malicious deception of numbers. If this isn’t a crime, then what is? This database proves, factually and without a doubt, that the GOP is and has been engaged in a nationwide, systematic manipulation of voters, bending and diluting their will to suit their own purposes.

The warrants issued for Russian agents who took part in the debacle that was the 2016 presidential election will never yield an arrest, but warrants issued for political operatives working within and against our own country will. Criminal action must be taken to safeguard our voting system from further manipulation, and legal action must be taken to undo the steps they have already cunningly and quietly taken to advance their own agenda. District maps must be redrawn; Barack Obama and Eric Holder are already pursuing this agenda, since the Supreme Court doesn’t really seem to care. This grassroots effort, combined with the Hofeller conspiracy catalyst, will hopefully be enough to bring corrective legal and criminal action against the politicians who have engaged in this insidious plot.

Police Blotter: Unknown suspect attempted to take a picture of a student using the restroom
Behind the scenes of Daddy’s Kitchen