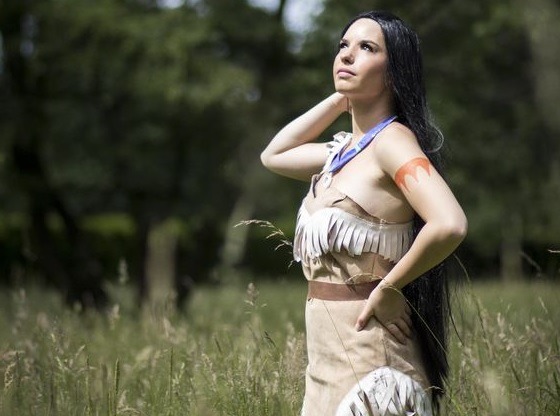 Imagine having a deep love and respect for your culture only for Halloween to come around each year. Like clockwork, you see stores and costumes make cheap imitations of your culture. Costumes that appropriate or reinforce stereotypes of multiple cultures are still sold in 2018, and frankly, they desperately need to stop.

A quick look at Party City will reveal there are still Native American garbs, some with Chief headpieces, sold as a gimmicky “Pocahontas” costume. Is it not enough that early colonizers nearly completely wiped out Native American culture and lives with disease, armed force and at the same time fetishized Native American women?

The factual history of Pocahontas and most – if not all – Native women who married white colonists in hopes of a better future for them or their tribes, is a far cry from the romanticized Disney version of the story.

The land stolen from Native people, and the unspeakable crimes committed by colonists, is still largely unaddressed or not seriously explained in history classes. It is still misrepresented and completely disregarded, and the continued use of “official” garbs as Halloween costumes is unspeakable.

Mexican or Hispanic culture is often appropriated or stereotyped as well. “Tequila Bandido” (per the lovely Party City again) is a common caricature of Hispanic men dressed up in ponchos and sombreros, even sometimes riding inflatable donkeys. Sugar skulls and other items significantly important to Hispanic culture are mass produced by China, with no regard to learn and respect the actual culture that capitalism feeds off of.

Terrorist costumes reinforce the racist attitudes towards Muslim people following 9/11, and it is still a huge problem. Some of these costumes are still up on Amazon and other online retailers. These outfits are seen as a “fun costume” for someone outside of the culture, but to the people who are Native American, Hispanic, Muslim, etc., they all reinforce tired, everyday stereotypes to overcome.

The systematic racism these and other groups face is no laughing matter, and while they are held back from innumerable opportunities, others get to use their culture for a day and it’s “funny” or “cool.’. People who are not part of these cultures get to make a mockery of another person’s culture, without facing the drawbacks of these stereotypes.

It ties into the typical cultural appropriation when African Americans (or any other minority that faces racism and oppression) are told not to wear braids, and to conform to European standards of beauty. Then, when a white person uses these aesthetics it is seen as trendy.

Another problem is the gender roles assigned to every Halloween costume, and the clear misogyny shown. Women’s costumes are always sexy- using anything you can think of. “Sexy emoji,” “sexy Marine corporal,” and “sexy Gumby,” just to name a few more ridiculous ones, while majority of men’s costumes are fully covered. Even just looking up “sexy” on Party City’s website pulls up all female costumes. While dressing sexy is a choice of free will, the constant stereotypes and objectification of only seeing sexy costumes in the women’s section is so overplayed.

Costumes joking with very real problems like eating disorders, homelessness and mental illness are also in pretty poor taste. Most models on costume sites are skinny and or white people, with hardly any representation of different body shapes, sizes and shades.

We should be holding costume companies like Party City accountable for their continued tasteless, racist costumes, and challenge them to produce a more creative and diverse costume selection. We also need to start holding ourselves and others accountable for costume choices.

Victoria Ivie
Victoria Ivie is the Editor-in-Chief at the Courier. She is majoring in photojournalism and hopes to work as a photojournalist in a major publication where she is able to travel for work. Her photography work can be found in the Courier as well as on instagram at vi.photos.

Latest posts by Victoria Ivie (see all)
Pumpkin Nights: Nothing but a photo op stop
A Halloween block party that’s dead for all the wrong reasons