As PCC’s new interim Dean of Distance Learning, Leslie Tirapelle’s mission is to make the college a leader in distance learning programs.One of the many things Tirapelle is currently working on is coordinating PCC’s transition into using a new version of online instruction software Blackboard 9.1.

“We have a high percentage of students that are part-time. When you have that dynamic, you have to make sure your services are as available online as they are when you’re actually in the building. That equal access is essential,” said Tirapelle.

Tirapelle graduated from an American school in Singapore where her parents taught. After her graduation, Tirapelle moved back to the United States where she decided to attend PCC.

“I chose to attend PCC because I was from outside the country and Pasadena was the only place I had really ever been here, so this is what I knew of the United States,” said Tirapelle.

While attending PCC, Tirapelle said many people affected her life in a positive way, including counselor Janis Dwyer.

“I am not surprised that Leslie had moved swiftly in her academic career to the position she holds today,” said Dwyer. She is bright, intelligent, motivated and a wonderful resource of encouragement and information for students and faculty alike. I know that her passion for her work is an inspiration to others,” she said.

Tirapelle hopes to inspire students in a similar way.

“I think that’s what we hope for all of our students here at PCC, that we’re able to affect their lives and change them in a really positive way and help them reach their goals,” said Tirapelle.

After attending PCC, Tirapelle transferred to UC San Diego where she received a degree in cultural anthropology. Tirapelle attributes her diverse background to her taking an interest in the subject.

“We did a lot of travel around Asia when I was growing up and I really enjoy learning about other cultures and seeing the commonalties between all cultures,” said Tirapelle.

From San Diego, she moved back to Los Angeles where she pursued a Master’s degree in library science, through a satellite program offered by UCSD at CSU Fullerton. During that time she also worked at the Huntington Library in Pasadena.

Tirapelle also worked at the USC Law Library and at private law firms before she realized that she missed working in an academic environment.

“I realized that I really missed students,” said Tirapelle.

It was then that Tirapelle found a position at her former school.

Connecting with students is one of the main reasons she chose library science.

“There are a few things I really enjoy about library science. I really enjoy helping the students the most. I enjoy having the opportunity to work with students and teach students how to evaluate and critically analyze information so that they can complete an assignment successfully,” she said.

Last year, Tirapelle received a doctorate degree in higher education administration from the USC and was asked by PCC President Mark Rocha to take a position as dean of Distance Learning.

“Dr. Tirapelle has done an outstanding job in getting this project off the ground. She has successfully led our transition to the new Blackboard 9.1 platform and has begun our training program for all faculty. She is an extraordinary leader and is making a major contribution to improving teaching and learning,” said Rocha.

When not working on campus, Tirapelle can be found spending time with her husband and three children.

Her hope is to someday retire and sail around the world.

“I’m so excited about the prospect because even though I have traveled a lot, there are still many things to do and people to see,” she said. 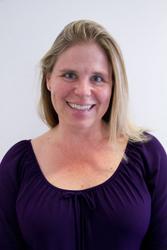