Sales for the discounted transit pass offered to full-time students has been low, though much support have been expressed for the partnership between PCC and the Los Angeles County Metropolitan Transit Authority (Metro).Of approximately 8,800 passes, about 800 have been sold since the I-Pass went on sale Feb. 25 to full-time students carrying 12 or more units, according to Metro figures.

At a news conference held Tuesday morning in the quad, officials such as Pasadena Mayor Bill Bogaard, Metro CEO Art Leahy, college President Lisa Sugimoto and board of trustees President Hilary Bradbury-Huang were on hand to express their admiration for the program.

Representatives from both groups are already looking toward the progression of possible future plans.

Leahy, who himself used to work as a bus driver along Colorado Boulevard, spoke about the importance of Metro in partnering with the Pasadena community.

“We [at Metro] get to ask ourselves, ‘What do we want L.A. to look like?'” he said. “The network is always expanding. It’s incredibly easy now to go to lunch in Hollywood from Pasadena.”

The spearhead behind the partnership, Associated Students Chief Justice Michael Lance, also spoke during the 30-minute presentation, urging students to take advantage of the $30 passes.

In addition to offering discounted semester-long passes to students, the I-Pass program comes at a time that allows it to align with PCC’s sustainability objectives, which include reducing traffic, promoting the use of public transportation and lessening the college’s carbon footprint.

“The new transit pass meets the needs of students and the PCC community,” said Bogaard. “And with it, I hope, comes a dramatic shift in thinking [about] the role of the automobile and mass transit.”

With construction on the extension of the Gold Line to Azusa kicking off in June, the mayor continued, an opportunity will be opened for students and the San Gabriel Valley to further take advantage of the public transportation at hand.

“I am glad to celebrate the possibility for the strengthening of the economy through mobility,” Bogaard said.

Dovetailing with the partnership, Sugimoto said the college offers free shuttles from the main campus to nearby Gold Line stops.

A big fan of public transportation, Bradbury-Huang commended college officials who worked to bring the partnership into effect. 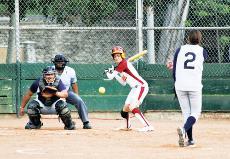