Once a right, now a cost to live 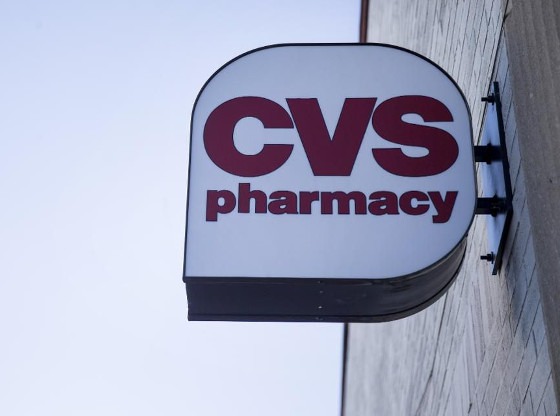 On Thursday the Senate Committee on Finance held a hearing to shed light on the role of pharmacy benefit managers (PBMs) – the people supposedly responsible for the outrageous drug price hikes. While their position is still uncertain, they appear to not be the main culprit of recent drug price increases.

Plain and simple, people are being ‘priced out’ out of their constitutional right to live. This is beyond an ethical or moral dilemma. This is pure evil and far worse considering it expands farther than just the scope people with diabetes.

Executives for the country’s top three PBMs: CVS Health, UnitedHealth’s OptumRx and Cigna’s Express Scripts were present. These companies negotiate payments between insurers and pharmaceutical companies for medications used by about 180 million Americans according to Brian Feldman of Quartz. The stakes are high and it affects more than half of U.S. citizens.

PBMs obtain rebates from drugmakers that lower the price of the drugs for patients. However, they get a portion of the rebate for doing so which is based on the drug’s listed price. They favor the more expensive drugs because it means more money in their pocket. The crux of the whole issue is that some PBMs have been acquired by health insurers. Such as Aetna and CVS and more notably Cigna and Express Scripts. How could these PBMs and insurers ever negotiate justly amongst themselves when they are essentially part of the same company? Trick question… they don’t.

While blame for these absurd drug prices tend to shift depending on which part of the pharmaceutical industry is in discussion, the pharmaceutical executives point the finger at the PBMs. The executives claimed that these third-party negotiators do not pass discounts to customers but rather pocket them.

The truth of the matter is that two-thirds of all U.S. spending on drugs in 2016 was captured by drug companies. PBMs had only a measly four percent according to data provided by  Health Affairs.

“So, like monsters, my family and I rooted for offspring of the wealthy to join the broken-pancreas club,” said NYT writer Maris Kreizman. “So that diabetes would become their pet cause and their fancy friends would get involved.”

Mrs. Kreizman has lived with Type 1 Diabetes since she was nine years old. The perspective she shares gives us a riveting understanding of what similar people go through. She spent her childhood hoping for a cure but it would require a lot of money. Money that not very many people have. Only one thing has changed dramatically. The price.

“In 2017, a man from Houston died after his GoFundMe for insulin came up $50 short,” Kreizman said. “GoFundMe yielded more than 8,000 results when I searched for insulin.”

Like most issues involving the nation, the solution is never easy. However, it has only gotten worse for patients, now that pharmaceutical conglomerates have been given free reign to dictate the industry. Price increases for various prescription drugs have doubled or even gone up 5000% in some cases. They know what they are doing is heinous,, but they still get away with it at the expense of human lives.

“Since I was a kid, I’ve felt unfortunate to have diabetes, but now I have to consider myself lucky because my insulin, on my husband’s insurance plan comes at a somewhat reasonable price,” Kreizman reiterates. “In 2018, I paid $740 for my prescriptions; the plan covered $14,411. Eli Lilly’s recent announcement that it will offer a generic version of its fast-acting insulin Humalog at half of the list price is too little, too late.”

Without insurance, a year’s amount of insulin is more than $15,000 – nearly the price of a new car or multiple mortgage payments. Having a life-altering disease is enough pain and struggle. Having to meet the demands of pharmaceutical companies who hold your ‘life-preserver” at ransom is the utmost abuse of power.

Government exists to check the power of industry tyrants, but whether or not they do is a different story. With some drugmakers scaling back pricing in order to save face, we must expose them for the lives they’ve cost and the financial burden they’ve imposed forcefully on American citizens.

The proposed legislation by the Department of Health and Human Services (HHS) would eliminate rebates from Medicaid plans and would essentially eliminate the role of PBMs. But are they really the issue? Pharmaceutical companies create the listing prices for their drugs and if they weren’t so corrupt and outrageous with their prices, PBMs wouldn’t need to exist. But they do, and while they get a portion of the rebate, they ultimately create a lower price for patients after rebates. Without rebates, patients would pay the listing price.

Most importantly, “The proposed rule doesn’t require drug manufacturers to reduce their drugs’ listing price,” according to Kate Traynor of the American Society of Health-System Pharmacists. “But drug company executives who testified at the February hearing indicated the the elimination of rebates could be part of a larger strategy to reduce list prices.”

Without PBMs aiding the reductions in prices via rebates, we can’t put trust in the pharmaceutical executives to dictate pricing. Unless reduced prices are in writing and set in stone, we could have an even worse situation, if that’s even possible. With lives at stake, we cannot afford to give them the opportunity to gain even more leverage.