Skip to content
Dinas Dumplings delivers food to PCC students. PCC wanted to provide food options for students and staff since the Piazza has been closed.
By: Jericho Sanchez Posted on September 1, 2021September 8, 2021

PCC is surrounded by a variety of different genres of dishes around the world, from sushi and ramen in Katsuya, to pho in Ph? Bánh Mì Chè Cali, or the ever famous Chick-fil-A.

However, this school year due to a pandemic the school was unable to open the student market, (the school was unable to create a student market due to the lack of paperwork and staff capabilities of creating a clean and sanitized school market). The office of student life decided to offer an alternative food option in return. In the first 5 weeks of school, the school offered 5 different food trucks of different genres including: Dinas Dumpling, Maravilla Latin Cuisine, Go Fusion Grill, and Wise BBQ.

Dinas Dumpling has been on campus on certain days of the week, and let me tell you this is a bang for your buck. After a long lecture and heat that can’t be stopped, Dinas dumpling is a visual oasis in the middle of the lancer pass. Walking in between classes, the bright pink truck in the middle of campus surrounded by students is something you can’t miss.

The truck’s “Rainbow Dumplings” is a mixture of all their types of dumplings. With a saturation of color, the dish’s name justifies its Instagram Worthy presentation and compact plating.

This dish came with pork(yellow), chicken(white), and vegan(green) dumpling, Chinese style chilli sauce, and dumpling sauce.The dumplings itself were amazing, the flavor of each of the dumplings really showcased its independent flavor to its respected name, and when I thought it was over, the dipping sauce created a whole different flavor profile that really brought out the umami and salivating worthy that this food truck is known for. 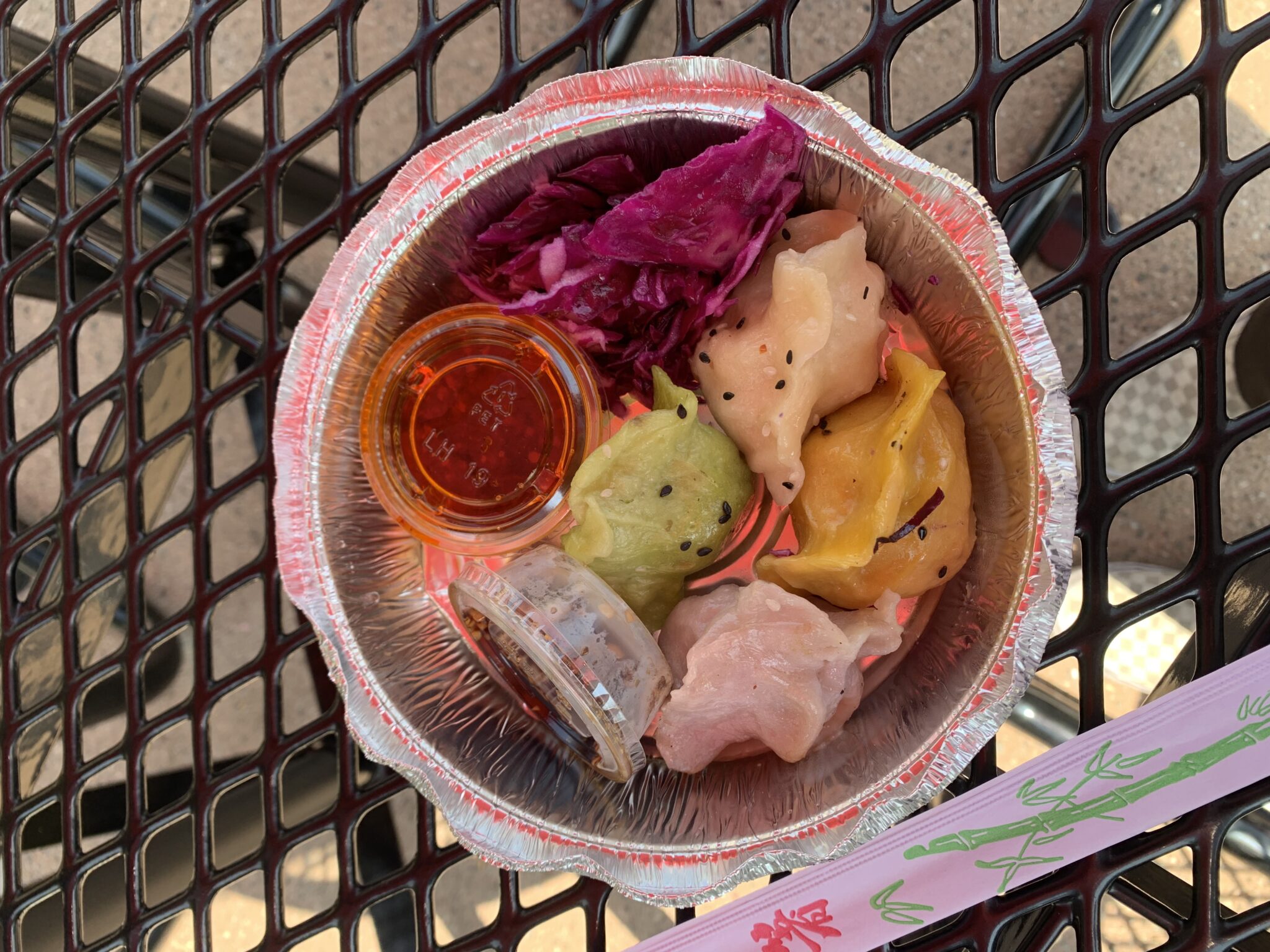 The Hand-made dumplings had a thicker texture to its average dumplings, which created a chewier bite. Although the food is very tasty, there is a limited time when eating the dumplings, after taking some in my car the freshness of the flavors did subside, losing its top tier flavor potential.

“It reminds me of something my mom would make,” freshman Ray Li, who was in line for the dumplings said. ”It was very chewy and somewhat expensive.”

Although the flavor was really good, a lot of students mentioned the price point of many of the food trucks, being a lot more expensive than its local restaurant counterparts.

The price point of Dinas Dumpling did shock me in the beginning, in comparison to the proportion of the dish. Dinas Dumplings’ process of individually hand making every single dumpling from scratch, and developing different flavors in each dumpling, does create a realistic price for their food.But the demographic of students in PCC, in their choice of food does create a slight dissonance in choosing Dinas Dumpling as their option for quick and energy filling food.

Overall, Dinas Dumpling is a hit for foodies around PCC, and a breath of fresh air to the repetition of restaurants around PCC. Dinas Dumpling makes their dumplings fresh, with only a certain quantity of dumplings daily and once they are out, they close their shop. If you catch Dinas Dumpling, ordering the Rainbow Dumplings is something I highly recommend. I would give this Food Truck a 8/10.