With barbershops and hair salons closed, many of us have been forced to let our hair grow out. My hair was beginning to get very long so I decided to give myself a trim. My trim turned to be a little more than just a trim. I botched my haircut so bad I ended up shaving my entire head.

I have never attempted to cut my own hair, or anyone’s for that matter. It was definitely a new endeavor for me. Barbers make it seem so easy, and I thought if I actually pulled it off, I would save about $100 a month. Therefore, I decided to watch a YouTube tutorial for some guidance. The closest tutorial to my specific haircut style was in french, and well, I don’t speak french. At the time, I did not think the language barrier mattered.

Turns out, the language barrier was an issue. After many desperate attempts to salvage my haircut, I realized I would soon have no more hair to work with. I have always wondered what I would be like to just shave my head. Many movies make it seem exhilarating. If there was any time to be bald, it was now. So I began to shave everything off.

It took a few seconds for it to sink in that I am a bald man now. I felt enormous relief as if so much weight was lifted off of me. Before, my hair required so much maintenance. Now that it’s so short, I don’t have to worry about combing it or waking up with terrible hair.

As soon as I shared my experience with my Instagram followers, many of my friends reached out and said they also cut their own hair.

“My barber was doing house-calls, but was charging triple his usual fee,” said Richard Hernandez, a Montclair State University student living in New York. “I’m not working right now, so I am not going to pay $90 for a haircut. So I used my clipper and did it myself.”

Hernandez said his haircut turned out pretty good, and that he will continue to keep practicing.

Men aren’t the only ones trimming their own hair, women are too.

“I cannot stand having long hair during summer. I don’t have an AC in my apartment and a fan can only cool so much,” said Maribel Castillo, a student at the University of California, Santa Barbara. “I usually let my hair grow out as much as I can and cut it before summer so I can donate it. I couldn’t stand having long hair anymore. I just grabbed my ponytail and chopped half of it off.”

For Castillo, it was scary cutting her own hair. When her girlfriend walked into the room, she thought she had a “Britney moment.” In 2007, pop singer Britney Spears shaved her head, in an effort to gain control of her image. The next day, pictures of her new “look” went viral.

Many people, including celebrities like Blake Shelton, David Beckham, Josh Peck and Cristiano Ronaldo have also succumbed to cutting their own hair. Most of these celebs had their spouses cut their hair, and their outcomes were pretty good. Most of them went for a simple buzz cut and didn’t try anything too complex.

I recommend not to set really high expectations if it is your first time attempting to cut your hair. You definitely have to be ready and open-minded for the worst-case scenario. Los Angeles is not expected to reopen barbershops and hair salons anytime soon, so DIY haircuts will only get more popular. 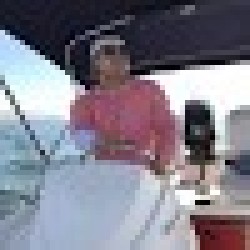