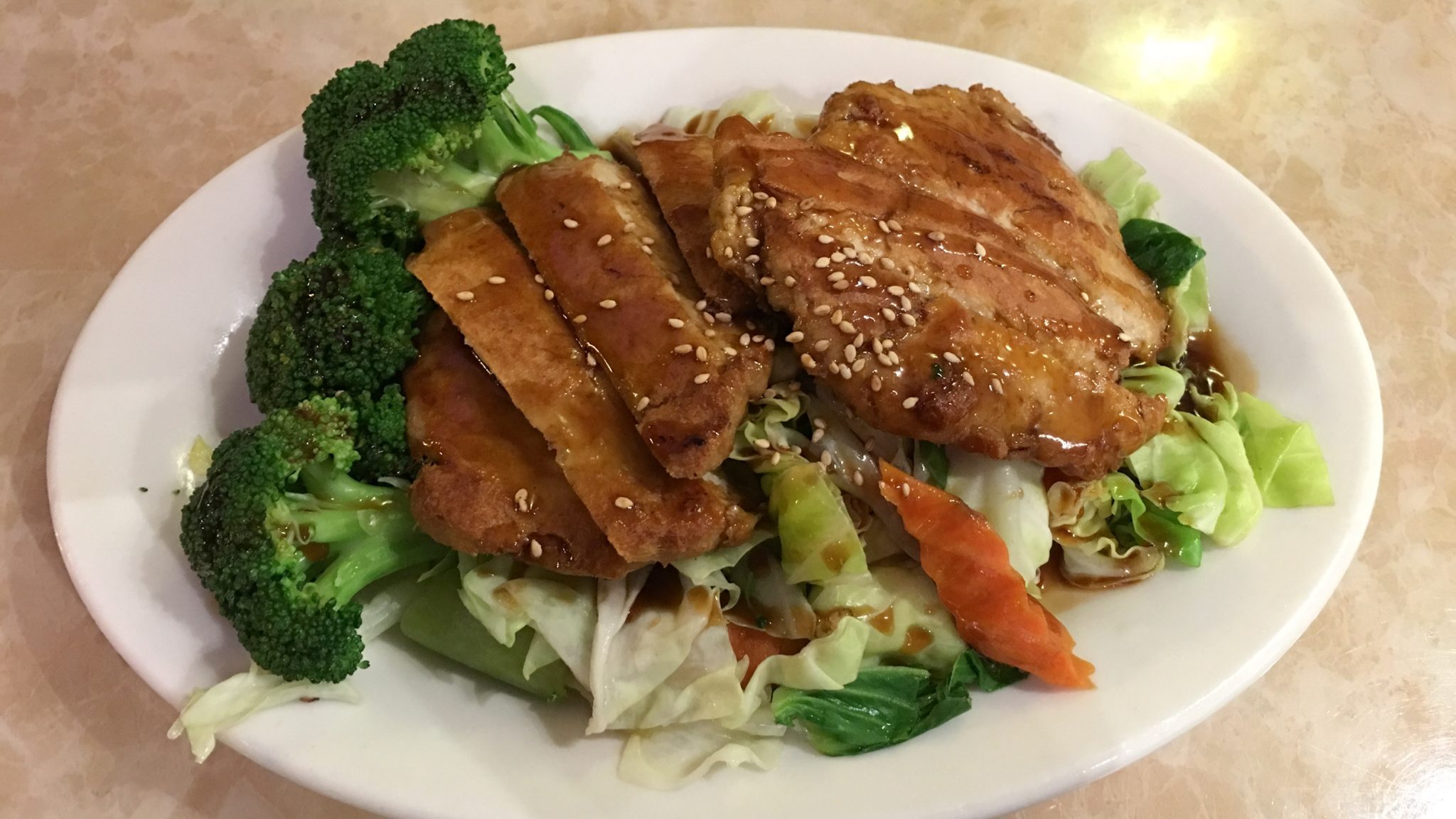 With four stars and 636 reviews on Yelp, My Vegan has become very popular among vegans, vegetarians and even meat eaters.

They serve breakfast all day, lunch and dinner. Their menu features a large variety of Asian inspired dishes as well as American and even Mexican inspired appetizers, like fresh guacamole and chips and lentil, soy beef or soy chicken tacos. Their portions are quite generous and their prices range from $3 to $12.95.

My Vegan was founded in 2009 and it was the first Vegan restaurant in Pasadena.

“My aunt and my mother, they are vegan for 45 years,” owner and co-founder Teddy Lertvichuhath said. “We used to have a restaurant in Universal Studios named Vegan Express and we still keep doing Vegan restaurants since then.”

With its light green colored walls, My Vegan has a casual, intimate, café feel. It is located in a shopping plaza and the restaurant itself isn’t too big. It seats about 50 people and there are two small tables outside for those who prefer to eat outdoors. The staff is very friendly and welcoming and the restaurant attracts a fairly multi-ethnic clientele.

Among the specials and most popular dishes are “My Vegan Pad Thai Signature,” rice noodles with their secret sauce, chives, eggplant, kale, peanuts, bean sprout and organic tofu served with a side salad.

But if you are more in the mood for a cheeseburger, they have a variety of burger selections, like the quarter pounder vegan beef with cashew nut cheeseburger, guaranteed to satisfied your cravings.

The teriyaki soy chicken, served with their deliciously famous brown rice, features a flavorful, sweet, house-made teriyaki sauce and can easily pass as real chicken. It is served on a bed of assorted crunchy and fresh vegetables.

“This is our second time coming, I like the food a lot,” patron Trina Duong said. “So far my favorite plate was the one I had today, which is their Japanese noodle soup. I liked it a lot but I didn’t expect it to be that big so my husband helped me.”

Duong’s husband, Vance Duong, is not a vegetarian but seemed to enjoy the food just as much as his wife.

“The food was good! I feel healthy after I eat here, you know, I feel stronger!” he said.